HOW IS DIGITALIZATION CHANGING INVESTMENTS IN HOUSING?

HOW IS DIGITALIZATION CHANGING INVESTMENTS IN HOUSING?

Big data and the growing use of data analytics are transforming how residential real estate is bought, sold, and managed, often in ways that are making it easier for investors to convert single-family homes into rental units. The impacts of the changes—particularly whether they are expanding opportunities for renters and homebuyers or are crowding out first-time buyers and increasing rents—are the focus of two new working papers and two commentaries. All were first presented at our March 2022 symposium examining how digitalization is affecting all aspects of housing.

The changes are being fueled by a surge in venture capital (VC) funding, which grew from less than $2 billion in 2016 to almost $19 billion in 2021, according to “Emerging Models in Residential Real Estate or ‘How to Lose a Billion Dollars in Real Estate Tech’,” a paper by Mike DelPrete. A global real estate strategist who also teaches at the University of Colorado, Boulder, DelPrete identifies four tech-driven changes in how people buy and sell homes. Real estate portals (such as Zillow, Trulia, Redfin, and realtor.com), which first emerged almost two decades ago, have changed how people search for homes but, in the end, they typically still rely on traditional brokers to handle those sales.

That model was challenged in the middle of the last decade, with the emergence iBuyers (such as Opendoor, Offerpad, and, for a time, Zillow), which aimed to displace brokers by offering homeowners speed, certainty, and simplicity of offers based on automated valuations. These were followed by “power buyers” (such as Homeward, Knock, Flyhomes, Ribbon, and Orchard), which also sought to displace brokers but did so by offering loans and guaranteed purchase agreements to cash-strapped homeowners who want to move but don’t have the cash needed to buy a new home. While both iBuyers and power buyers raised substantial VC funding, they have yet to secure a significant share of the market, largely because, unlike other transactions now done online, buying and selling a house is “a unique—and very personal—process.” Recognizing this, some entrepreneurs and investors have shifted their focus to building “tech-enabled brokerages” (such as Compass and eXp Realty). And while their strategies differ, portals, iBuyers, power buyers, and tech-enabled brokerages are all increasingly focused not only on transaction-related revenues (such as charging for leads, commissions on sales, or profits from reselling homes) but also on using their connections with sellers and buyers to monetize all aspects of the house purchase process, including providing mortgages and title insurance. 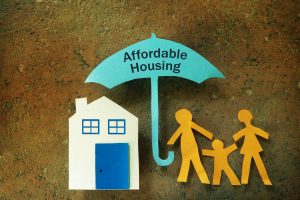 The growing number of investors using digitalization to buy newly available single-family homes, which they convert to rentals managed with a variety of digitalized tools is the focus of the other paper, “Big Capital, Precision Technologies, and Structural Power in the US Housing Market,” by Desiree Fields, an associate professor of geography and global metropolitan studies at the University of California Berkeley. This new class of investors emerged in the aftermath of the 2008 financial crisis when big capital and big tech came together to purchase large numbers of foreclosed homes, many of them in historically disadvantaged communities, and particularly in communities color. These increasingly active investors have “changed the logic and the power relations of the housing market” in harmful ways argues Fields. The fast-moving process shuts out potential first-time homebuyers and the growing use of advanced algorithms usually results in substantially higher rents for tenants. The widespread use of automated digital platforms to manage the properties also reduces personal interactions, which results in both faster and larger late-payment penalties and faster and more frequent evictions. For all these reasons, she argues, digitalization is likely to “deepen inequalities of wealth and affordability for generations.”

Both papers make it clear that the “novel business models produced by digitalization in real estate produce new and different mixtures of benefits and problems,” writes Robert Goodspeed an associate professor of urban and regional planning at the University of Michigan, in “Digitalization and the Incomplete Disruption of the US Housing Industry.” Accurately assessing the growing impact of those changes will be particularly important for planners, who have long “been involved in regulating, cajoling, and collaborating with the real estate industry to address market failures and pursue public goals.” Planners, therefore, must grapple with the changes spurred by digitalized housing with a focus on how to leverage its potential to create more sustainable and equitable cities.

Such efforts should not make digitalization and entrepreneurship the scapegoat for the root causes of housing problems, such as income inequality and land-use regulations, cautions Roberto Charvel, in “The Digital Entrepreneur’s Future Impact on the Housing Cycle.” A longtime investor in PropTech and other tech-enabled businesses who also teaches at Brandeis University, Charvel concedes that while digitalization can make things worse, he believes that, on balance, many changes have had positive impacts. For example, he asserts, the growth of single-family rentals is a triumph of making housing accessible to people who decide to live in areas lacking an adequate number of rental units, mostly in the suburbs. He argues that if such investors break the law, they need to be punished like any other citizen, but if they do not, “they are a great channel for venture capital to subsidize new ideas and business models that can help us transform the world.”

David Luberoff is Deputy Director, responsible for external relations, institutional advancement, and educational outreach at the Joint Center For Housing Studies of Harvard University. He has also been a Lecturer on Sociology at Harvard University…