Changing Land Use Policies over the next few years and its effect on EVERYTHING.

Lesson Plan For The Future
Land Use
Changing Land Use Policies over the next few years and its effect on EVERYTHING.
“Look for the opportunity. Avoid the dissent.”
Recently I met Ed Pinto, Director of the Housing Center of the American Enterprise Institute (AEI), which held its 10th Annual Conference last week.
I will be discusssing the topics covered in this event, and a lot more, in detail over the next few years, as new land use policies in this country will transform life…over the next 50 to 100 years.
There is about to be major reconsiderations of what is meant by “private property rights,” and if you are a property owner, or a real estate professional, your attention is required as what will take place over the next decade may create a lifestyle much different from life as we know it today…but back to the message today… 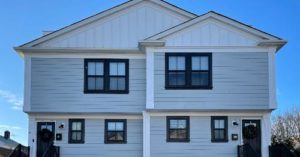 Trillions of dollars have been approved for spending (dollars we do not have and will need to raise at some point as a nation, without increasing taxes on everyone…another subject for another day.
The money, the policy, and the will of the current Administration is poised to make big changes…whether we like it or not, with lots of capital to support the changes and to effect changes in human behavior, attitudes, and beliefs. It will not only be money brought to the fight, but the DOJ, the FTC, the IRS, and the full Administrative power of the US Government.

But it is important that the government (at all levels) focus on fixing the problems by first identifying the source of the problems.

We need a “New Grand Strategy.”

Not first identifying the source of the problems will leave us with the problem, and a lot of additional debt for our kids, grand kids, and great grand kids.

Government must first determine the reason(s) for the problems, before it constructs a solution and ends up wasting time, money, and the lives of those associated with the false solutions.
Part of the reason we have tenements in major cities and many of the lingering social problems of today, is the solution created for the problem.

The huge problems the country faces today…Lack of Affordable Housing, the Wealth and Wage Gaps, Homelessness, Climate Change, Social Equity and more can only be solved if we bring our greatest resource to bear…the Land. And as real estate professionals know, “Under All is the Land.

The Nation will only be able to solve the major problems of our time by making major changes in land use policy. Much of this makes sense. Some does not.
Check out the summary of Day 2 of the AEI Conference. A very important aspect of Day 2 was AEI’s refutation of a Brookings Institute Study, which places todays problems on the wrong source of the problem. What Brookings calls racism correlates to socio economic disadvantage according to AEI. Poverty fighting requires many weapons…and coopreation, which is impossible to achieve by dictate.
>>